Bentley has built five versions of the Mulsanne Grand Limousine by Mulliner, one of the British brand’s most rare and unusual cars.

These five models were hand-built by Mulliner in 2015 and were initially intended for the UAE market. They have just become available for purchase. 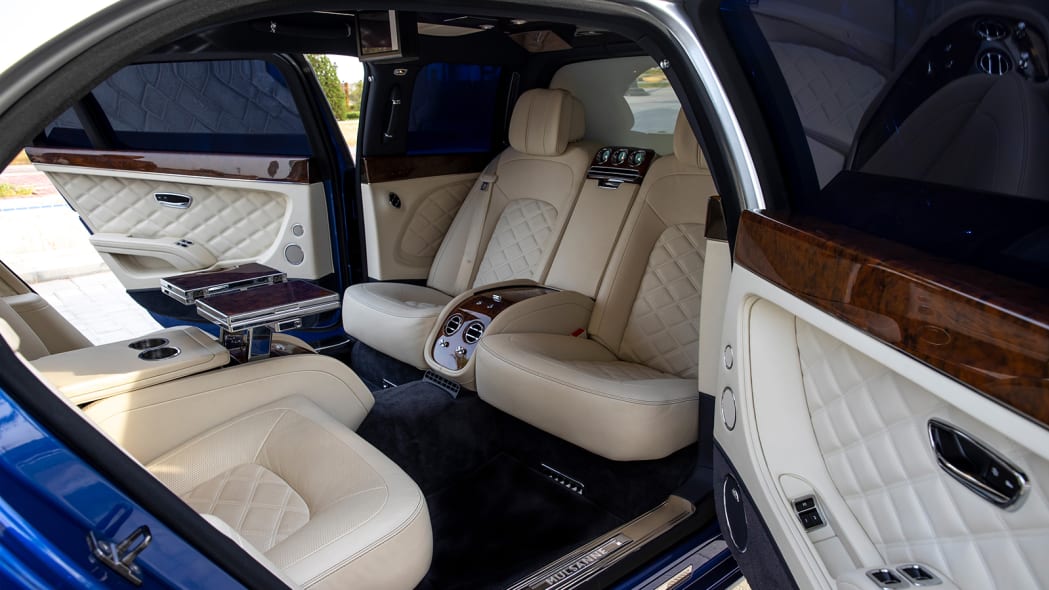 The Mulsanne Grand Limousine by Mulliner features a 1,000-mm-long interior and a raised canopy that adds 79 mm of headroom in the back, all of which contribute to an unrivaled passenger experience. The automobile was created in response to a desire for four comfortable passenger seats. The designers were inspired by VIP jets, which have two seats facing each other in the opposite direction of travel, allowing passengers to chat with one another.

Nothing has been left to chance, and every element has been meticulously considered. Between the front seats is a bottle cooler with crystal flutes, as well as a beverage cabinet with custom-made crystal glasses between the back seats. Wooden folding side tables allow people to work comfortably while on the move.

The car’s tailored heating, ventilation, and air conditioning system allows each of the car’s four back passengers to set their own microclimate without interfering with fellow passengers’ particular preferences.

Limousines are equipped with an intercom system for communication with the driver, among many other customized digital features. Electrochromic “smart glass” provides privacy between the front seats and the back lounge.

This limousine variant features a newly developed Bentley chassis and suspension and has a sleek and personal look. The legendary 512 horsepower twin-turbo V8 powerplant provides the necessary propulsion.

Mulliner’s Mulsanne Grand Limousine is the greatest showcase of Bentley’s bespoke division’s remarkable talents and skills. With the Mulsanne’s production ending last year, these models represent a once-in-a-lifetime opportunity for consumers to own a piece of Bentley’s modern history.

The Hilton Molino Stucky Venice - The Presidential Suite Of Dreams