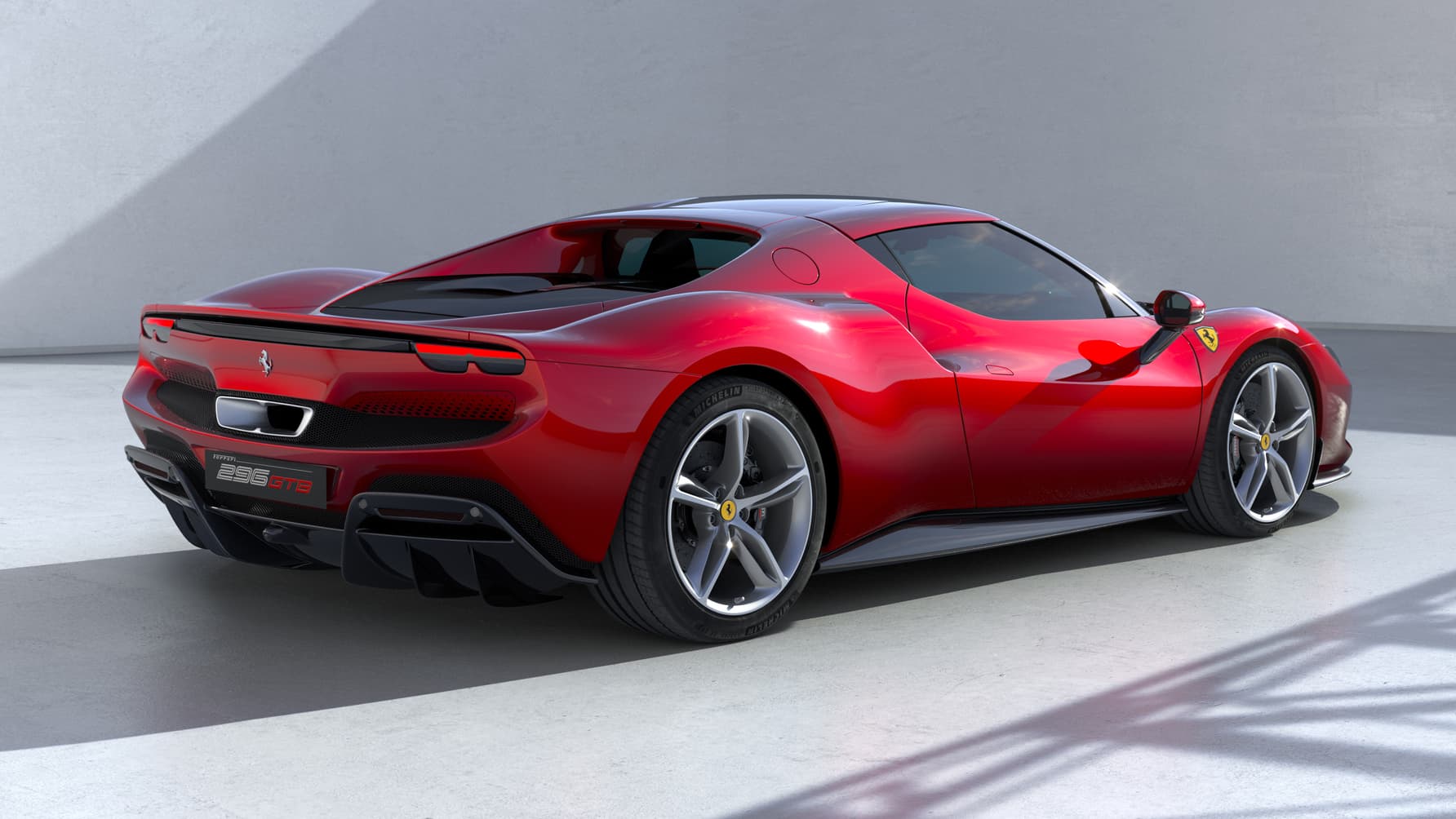 Berlinetta is a two-seater sports car with a mid-engine, hybrid drive, and is absolutely stunning. Here it is, ladies and gentlemen, the new Ferrari 296 GTB.

The engine, which stands beside the legendary V8 and V12, is the actual novelty: for this model, Maranello chose a V6 turbo 120° with 663 hp and an electric motor capable of providing a further 122 kW. (167 hp). It boasts exceptional performance with an inventive, exhilarating, and unique sound in classic Ferrari style, with a total of 830 hp. 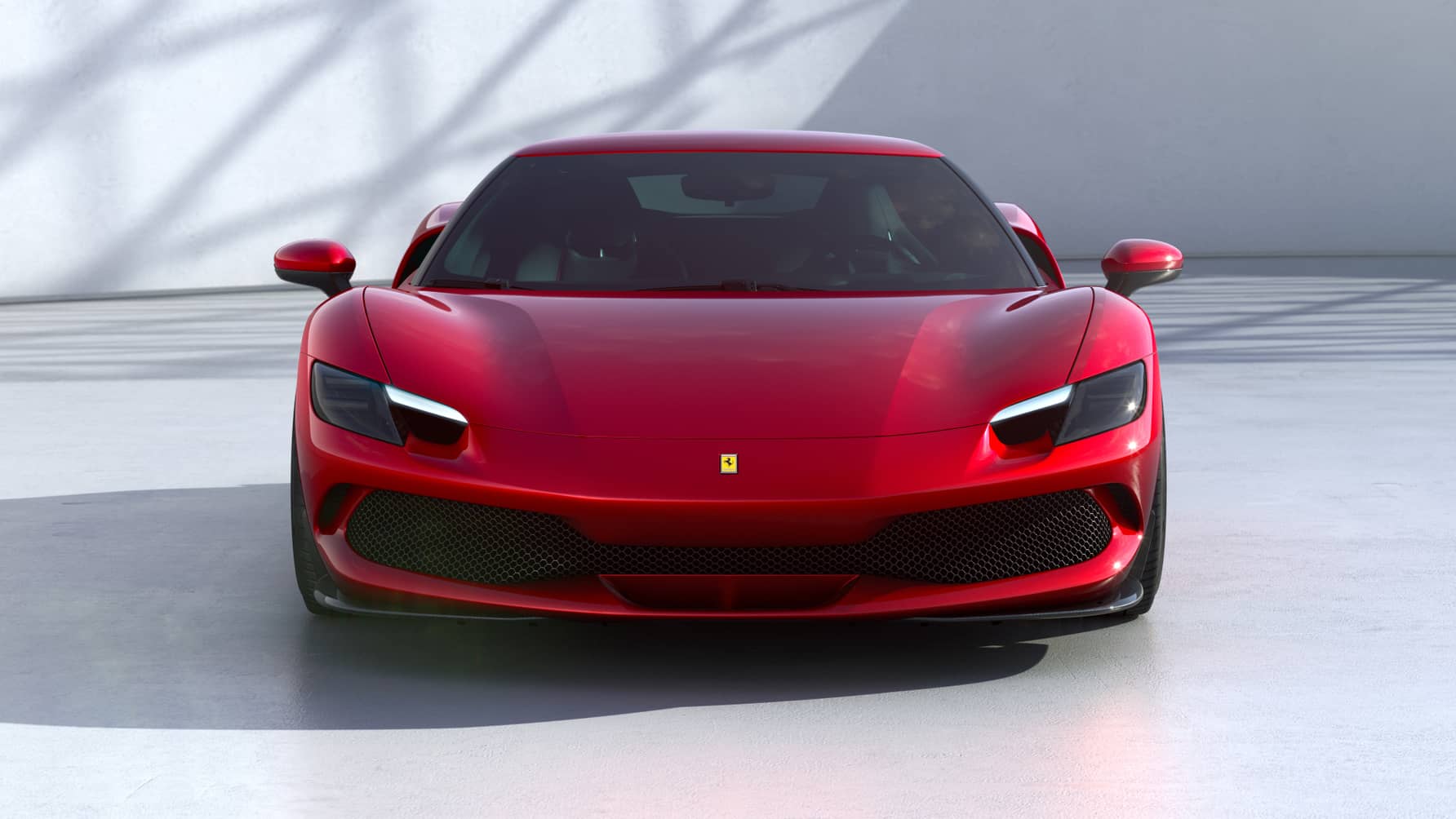 The V6 heat engine in the 296 GTB establishes a new record for specific power for a production road car with 663 horsepower. The electric motor at the back, which can produce up to 122 kW (167 hp) and takes its name from the Formula 1 application, can deliver up to 122 kW (167 horsepower). The motors interact via a TMA (Transition Manager Actuator) actuator, which allows for both joint and electric motor operation at a maximum power of 830 hp.

This is the first time Ferrari has offered a rear-wheel-drive plug-in hybrid (PHEV) architecture, in which the MGU-K (Motor Generator Unit, Kinetic) heat engine is combined with a rear-wheel-drive electric motor capable of delivering up to 122 kW (167 hp), which takes its name from the Formula One application. 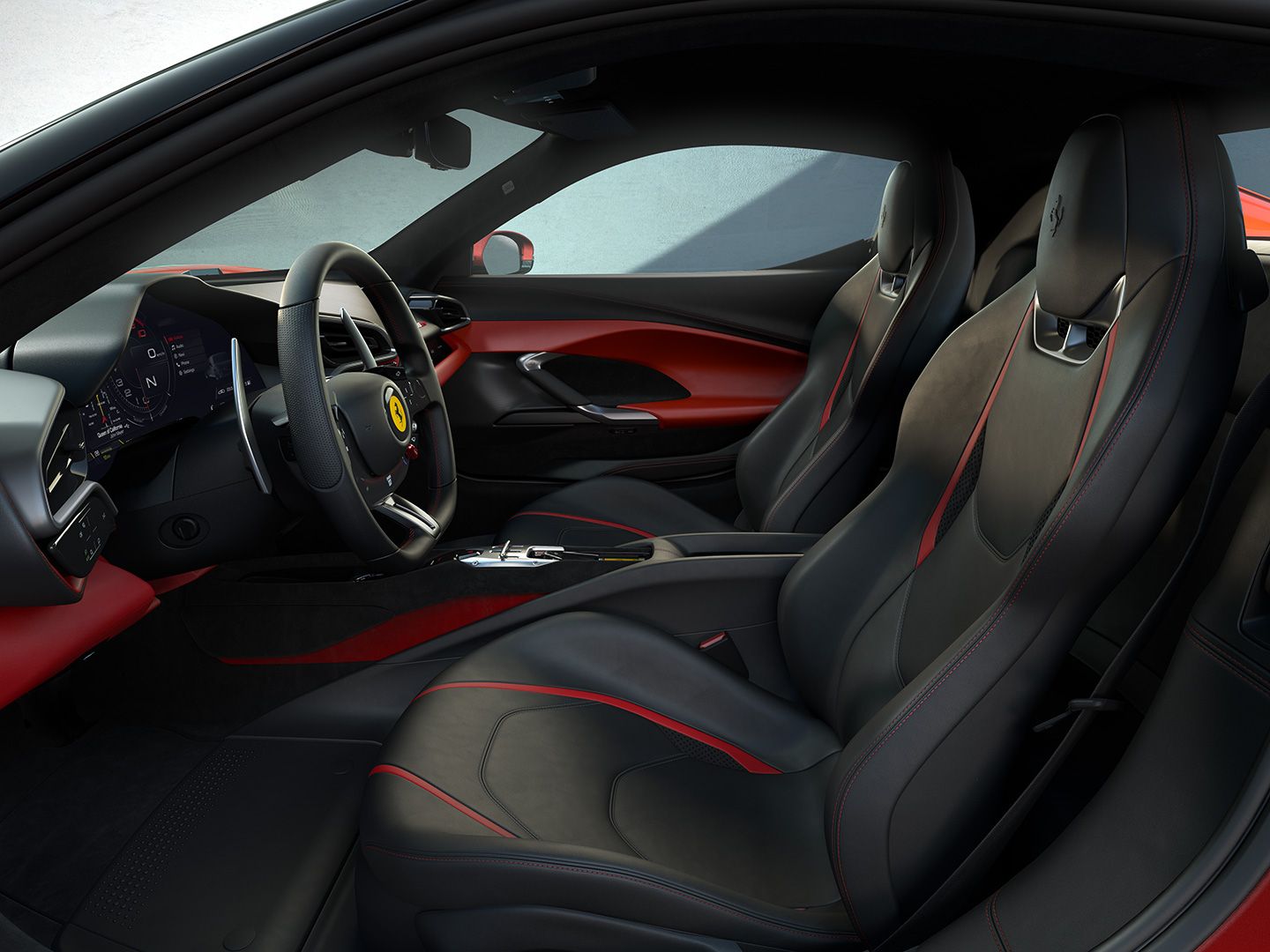 Maranello’s designers aimed to challenge traditional Ferrari design ideals with this model, giving the new 296 GTB a compact, modern, and unique look. The traditional fastback setting has been abandoned in favor of a robust and powerful interior, which is derived from the concept of a short wheelbase and the composition of components such as muscular fenders, the visor roof, rampant arches, and the new vertical rear window. These shapes result in an interior that dominates the car’s overall perception. 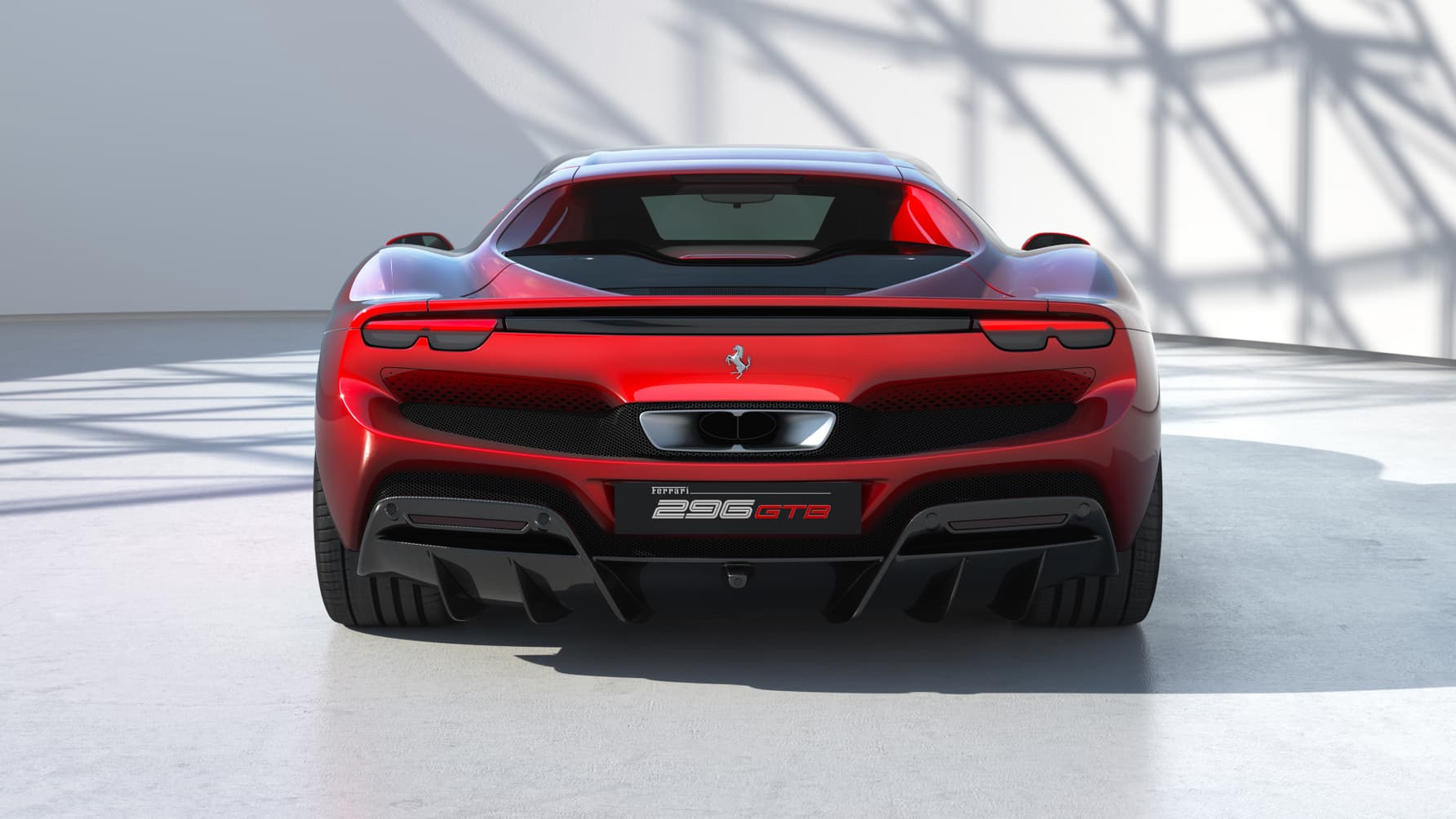 The lines of the back three-quarters are particularly remarkable. The roof, the conformation of the rampant arches, and the muscularity of the fenders all underline the close contact between the body and the passenger compartment. The front, with its pure, smooth, compact volumetry, is particularly fascinating: when viewed from above, the crest of the front fender outlines the perimeter of the front and produces a motif that breaks up the front light clusters.

The cockpit of the 296 GTB, which is distinguished from previous Ferraris by its visor construction, is undoubtedly one of the most iconic features of the car. The interior is based on the full-digital interface launched on the SF90 Stradale, and its shapes are derived from the visual coherence with the latter. 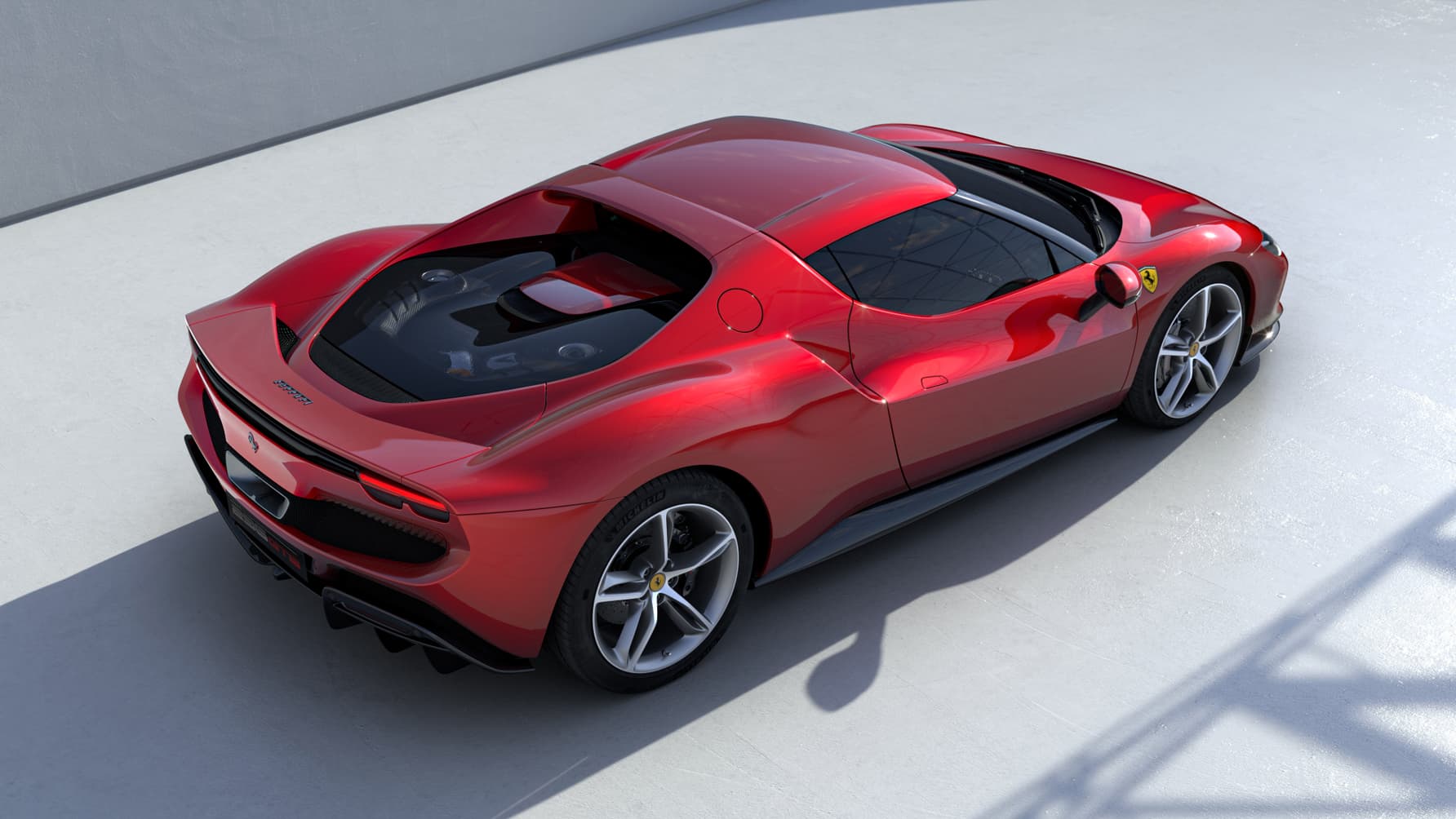 The 296 GTB’s interior emphasizes cleanliness with a simplification of shapes that mixes the sensation of exceptional attention to technological aspects with somber upholstery. Even the cockpit displays reinforce the cabin’s minimalist look, with furnishings such as superb Italian saddlery accented with magnificent technological materials for the functional components standing out.

Ferrari has created a unique set-up for this model called Assetto Fiorano, which provides optimal performance through increased aerodynamic content and weight reduction. The Multimatic shock absorbers derived from GT competitions, equipped with fixed adjustment optimized for track use; the high load carbon fiber appendages on the front bumper that allow the car to obtain up to 10 kg more vertical load; and the extensive use of lightweight materials such as carbon fiber in both the interior and exterior of the car are just a few examples of the latter.

The Hilton Molino Stucky Venice - The Presidential Suite Of Dreams