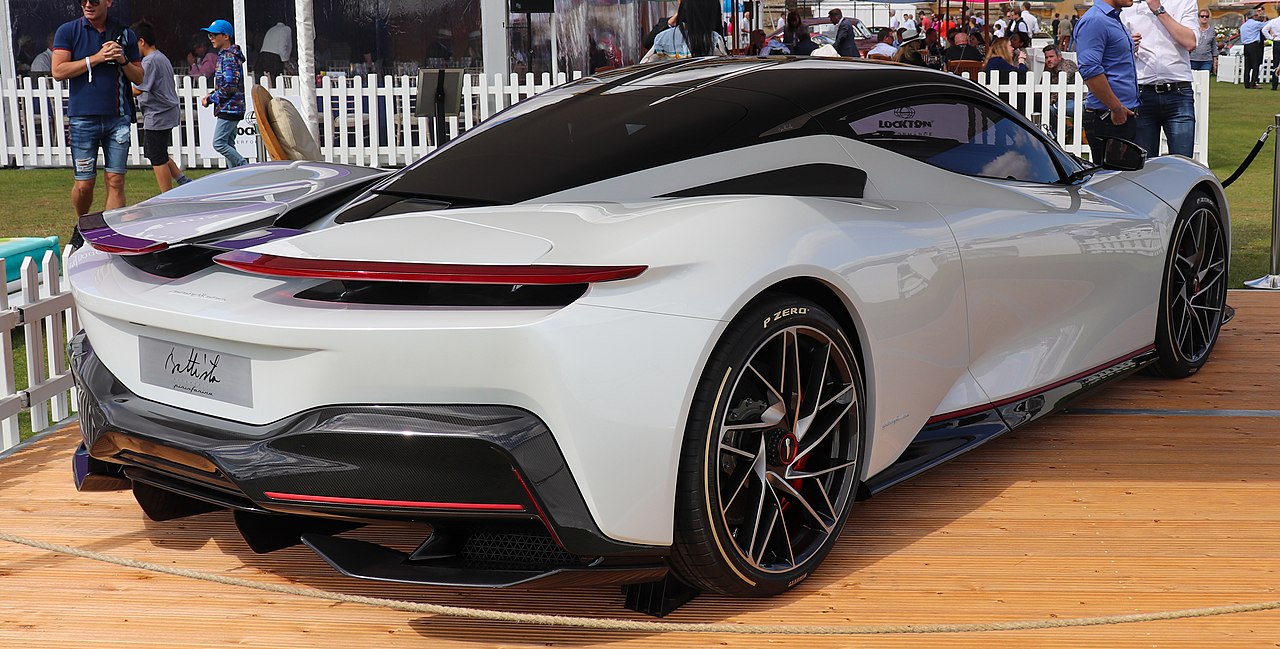 The Pininfarina Battista, which will be on display at the 2019 Geneva Motor Show, has been shown in photos and claims to be a revolution in the world of electric supercars.

Initially unveiled as a concept car called “Pininfarina PF-Zero” in 2018, the Battista edition evolved into a more concrete idea, with a projected production start in 2020, which was later postponed because to the global pandemic.

The model, whose name pays homage to Pininfarina’s founder Gian-Battista Pinin Farina and commemorates the company’s 90th anniversary, already has impressive performance for a fully electric vehicle: The car can achieve 350 km/h with a 0 to 100 km/h time of less than 2 seconds and a 0 to 300 km/h time of under 12 seconds, with a top speed of 402 km/h and a range of 500 km.

Pininfarina’s bodywork and aerodynamics experts used a combination of passive and active aerodynamic appendages to assure the Battista’s stability at all speeds, along with a six-piston carbon-ceramic brake system at all four wheels, to reach such results.

Pininfarina, as a specialist in customization, considers it a point of honor to provide each of its customers a limitless number of permutations, so you may drive a car that precisely suits your needs: there are more than 128 million possibilities (yes, yes).